Protein requirements: Where are we now and where do we go from here?

Recommended protein amounts are a constant discussion in an era where health and well-being are at the forefront of everyone’s mind. The recommended amounts reported by each country or organisation are fairly similar. However, what if these standards are out of date and not communicated accurately by the media and health professionals? The time is now to modernize protein requirements globally! 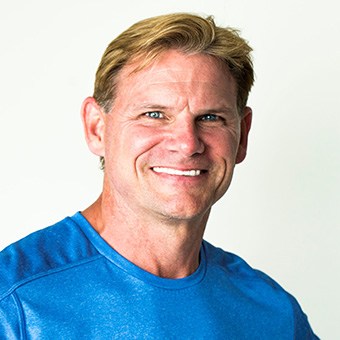 In the 21st century, protein has emerged as one of the most critical nutrients to support human health and longevity. Protein requirements have been established by many countries with the intention to set minimal levels of intake to support adequate growth and development for individuals at different stages of life. However, as a progressive point of debate, many protein experts believe these standards have been set too low, especially for certain populations. In this blog post, we will review protein requirements around the world as well as point out key areas of improvement regarding protein recommendations and communications.

Protein is the structural and functional basis of our body
There is no denying protein is unique among macronutrients. Even though protein derived amino acids can be used for energy purposes, its typically not high on the list of key nutrition roles. This is contrary to carbohydrates and fats, which primarily operate as body energy resources. Digestion of dietary protein provides amino acids, which in turn, become the building blocks for hundreds of body proteins. Body proteins, importantly, serve as the basis of connective tissue for bone, skin, hair, and nails, as well as the tethering of organs to body movement via skeletal, cardiac and smooth muscle.

Protein requirements around the world
Around the world, recommended amounts of protein have been set by countries, multi-country unions and non-governmental organisations. For instance, in the United States and Canada, the Recommended Dietary Allowance (RDA) for protein is 46 and 54 grams per day for women and men, respectively, or 0.8 grams per kilogram of body weight to accommodate variances in body size.1 The RDA was set based on a statistical model to include approximately 98 per cent of the population accounting for differences in age, pregnancy and lactation. Similar requirements around the world include:

Setting protein standards
One of the most interesting debates related to protein requirements is whether the original methodology used for determining these standards is the most applicable means for the task, or whether there are more modern tools available. By and large, the earlier requirements, such as the RDAs in North America, were developed using data from nitrogen balance studies.8 The reassessment of nitrogen balance data, as well as newer protein balance methodologies such as Indispensable Amino Acid Oxidation (IAAO), suggests that for most people, the base protein requirements are higher, especially for the elderly.10-14

This higher recommendation is reinforced by the results of a survey presented to the International Protein Board (IPB), whose members include protein experts from four continents. When asked if current protein recommendations (e.g., ≈0.8 g/kg body weight or ≈46g women/56g men) specified by several countries were adequate, they scored a 3.75 and 4.82 on a Likert Scale, with 1 = Strongly Agree and 5 = Strongly Disagree. Clearly, methodologies and protein intake recommendations are worthy of global discussion.

Explaining and applying protein requirements
Another point often debated is whether the intentions of protein recommendations are misunderstood from a dietary planning perspective. Nutrient requirements, such as the RDAs, were intended to serve as a minimum standard for dietary protein. This is not only true for protein, but other essential nutrients like vitamins, essential minerals, and fatty acids have also been tested and standardized. However, within these categories, evidence is growing that the world’s current protein recommendations might be too low for older people and vegetarians. On the other hand, these protein recommendations typically do not consider weight loss, exercise, sport performance, sickness, or disease, which collectively make up a significant proportion of the world’s population.

It is important for both professionals and the general population to understand that protein requirements are only dietary minimums and are not intended to serve as optimal targets for diet planning. On the other hand, some countries provide general protein intake ranges based on the percentage of potential energy produced, with the lower end of the range approximating protein requirements.

The NNR include an interesting attempt to combine base-level requirements with applied standards for different lifestyles. The NNR standards go beyond base protein recommendations to state that for food planning purposes, a suitable target for protein intake for a healthy, active adult should be 15 per cent of daily energy which corresponds to about 1.1 grams of protein per kilogram of body weight daily. For elderly populations, this recommendation is advanced to 18 per cent and 1.2 grams of protein per kilogram of body weight. The daily protein range for people aged 2 to 65 is 10 to 20 per cent, while the range increases to 15 to 20 per cent for people over 65 years of age.

More protein does not mean more problems
Another confusion with recommended protein amounts is that guidelines for upper limits are often not provided. The same is often true for carbohydrates. For instance, the RDA for carbohydrates is 130 grams daily for men and women. This would equate to 520 calories, or approximately 25 per cent of the standardized 2000-calorie diet. However, general recommendations are typically double that level and the carbohydrate Acceptable Macronutrient Distribution Range (AMDR) is set at 45 to 65 per cent of energy intake. The recommended protein amounts made by the media is often closer to base requirements and are usually stated without a good basis for doing so.

Meanwhile, tolerable upper limits of protein amounts are not known or commonly stated within standards. This can leave room for speculation as to the safety of consuming protein at levels above minimum requirements. Meanwhile, the U.S. and Canada the Acceptable Macronutrient Distribution Range (AMDR) for protein is 10-35% of calories. However, any worrisome evidence regarding doubling recommended protein intakes are not plentiful. In fact, when asked if protein amounts higher than two times the RDA (1.6g/kg or 92g for women and 112g for men) pose a serious kidney or bone risk for healthy adults, the IPB scored an average of 4.82 on the same Likert Scale, where 5 = Strongly Disagree.

Conclusions
Considering the role and importance of dietary protein in all aspects of life including improving health, fitness, and weight management, it makes sense to ensure protein recommendations are founded on the most appropriate data available. Furthermore, more education and training is required to ensure researchers and policymakers make sound recommendations. The same can be said for people in the media who are responsible for conveying the most accurate and useful information. Organisations such as the IPB and Global Food Forums should continue their global work educating others and aligning information about protein recommendations.