Protein powder may be making its way into home recipes for healthier, high-protein snacks and meals, but issues remain on how it is marketed to the masses. 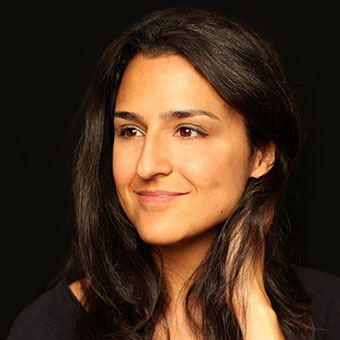 Anna Sward is the CEO and founder of Protein Pow Ltd: a company dedicated to protein innovation and the development of high-protein-based foods. Anna is a pioneering cookbook author whose work has inspired millions of people worldwide to "think outside the shake". Anna's work has played a key role in establishing protein powder as a cooking ingredient with mainstream appeal.

In my previous blog post, “Protein powder destined for consumer kitchens”, I shared my experiences of developing and adapting recipes to help consumers create healthy, high-protein food in the home.

There’s a long way to go, however, before such foods are commonplace. And one of the key reasons relates to consumer perceptions around protein powder. In a nutshell, protein powders have long been sold and marketed, not as food, but as supplements for people seeking to transform their bodies. They’ve been promoted to men as a means to gain muscle and to women as a tool for dieting to lose weight and that’s exactly how the majority of the population still perceives them.

But that’s not what protein powders actually are. Protein powders are a convenient source of protein that we can all use in different amounts depending on our age, activity level and medical history – not as a supplement, but simply as a food ingredient.

If we want consumers to accept protein powders as a nutrition-dense food ingredient, we need to challenge the misleading marketing messages of some protein powder manufacturers and articles published in mainstream media. We need to delink protein powders from the world of fitness and muscle building just as much as we need to delink imagery of muscular/lean physiques from health because one does not de facto denote the other. Only then can we start to break through the smoke and mirrors that some supplement companies have been using for years to sell to their niche market; only then can we truly begin to engage a mass market audience.

Selling dreams
Despite the great strides made in broadening applications for protein powders, industry players continue to sell protein powders as if they were some kind of magical, super-powered ingredient. Protein powder ads reliant on body transformation imagery and messaging are common worldwide. They steadfastly promote the idea that protein powders are best used for dramatic body modification purposes such as extreme muscle building or weight loss. Not for health or well-being, but for aesthetics alone.

I believe this kind of marketing material is the reason why, over the years, I’ve met hundreds of women who avoid protein powder because they’re worried about becoming “too muscular.” Or, to a lesser extent, because they’re worried what the protein powder will actually ‘do’ to their bodies. Many wonder whether protein powders are ‘safe’ to consume. If you ask the general population what they think about protein powders, they’ll say protein powders are a “muscle-building supplement”. That they are “for bodybuilders”, “for people wanting to lose weight/diet”, “for people wanting to get lean”. They are perceived as something for young people and gym-goers to ‘take’ on their quest to achieve a ‘perfect’ body.

Here’s the thing though: protein powder is not something that one ‘takes’; it’s not something that either ‘works’ or ‘doesn’t work’. It’s not simply a supplement. It is produced from natural sources and as such, is food in the same way that protein-rich egg whites are food. Sure, protein powder is processed. But so, too, is flour. And coffee, and olive oil and cocoa. Processing in itself doesn’t de facto turn something into a non-food item.

The clearest way to emphasise the safety and ‘real-food’ nature of protein powders is perhaps by reminding consumers that baby formula, something that has been widely embraced as a safe form of nourishment for decades, also contains protein powder. As do many food items that most of us take for granted and regard as food. For example, bread, pizza, chocolate, biscuits, and cake.

For nutrition’s sake
At the end of the day, I never tire of saying this – protein powder is simply a nutrition-dense and convenient source of protein. It doesn’t need to be vilified – or revered as some kind of magic powder – it’s merely food. Just as egg whites don’t independently build muscle, protein powder isn’t able to change someone’s appearance through the simple act of consuming it. It is a source of natural protein that our bodies require to build their various components and to re-build those components when breakdown occurs.

Additionally, more and more research points to the need for different groups in the population, such as the older generation, to consume more protein to maintain or improve health, quality of life, and well-being. As a convenient source of ready-to-ingest protein, protein powder can be of great benefit to us as we get older by preventing/addressing sarcopenia (i.e. progressive age-induced muscle loss). But for protein powder to be perceived, used, and consumed as a nutritive food ingredient among a mainstream audience made up of both young and older generations, we need to start by toppling the myths and educating the public about not just protein, but nutrition in general.

No more illusions
What we need now is credible nutrition information based on facts and not on superficial journalistic research or marketing-driven myths. We need to tear down the smoke and mirrors that have characterised the protein powder world for years. We need to break the illusion that paints protein powders as a somehow magical supplement designed exclusively for those wanting to dramatically change their body composition. Furthermore, we need to disentangle imagery and messaging of muscular and lean bodies from protein, and at the same time untangle this same imagery from the way in which we sell – and consume – ‘health’. At the end of the day, a healthy body can look a million different ways, indiscriminately of how much fat or muscle that body happens to carry.